Decades of experience working with Honey Bees. Please allow me to be your source for live bee removal, pollination, or organically managed honey. 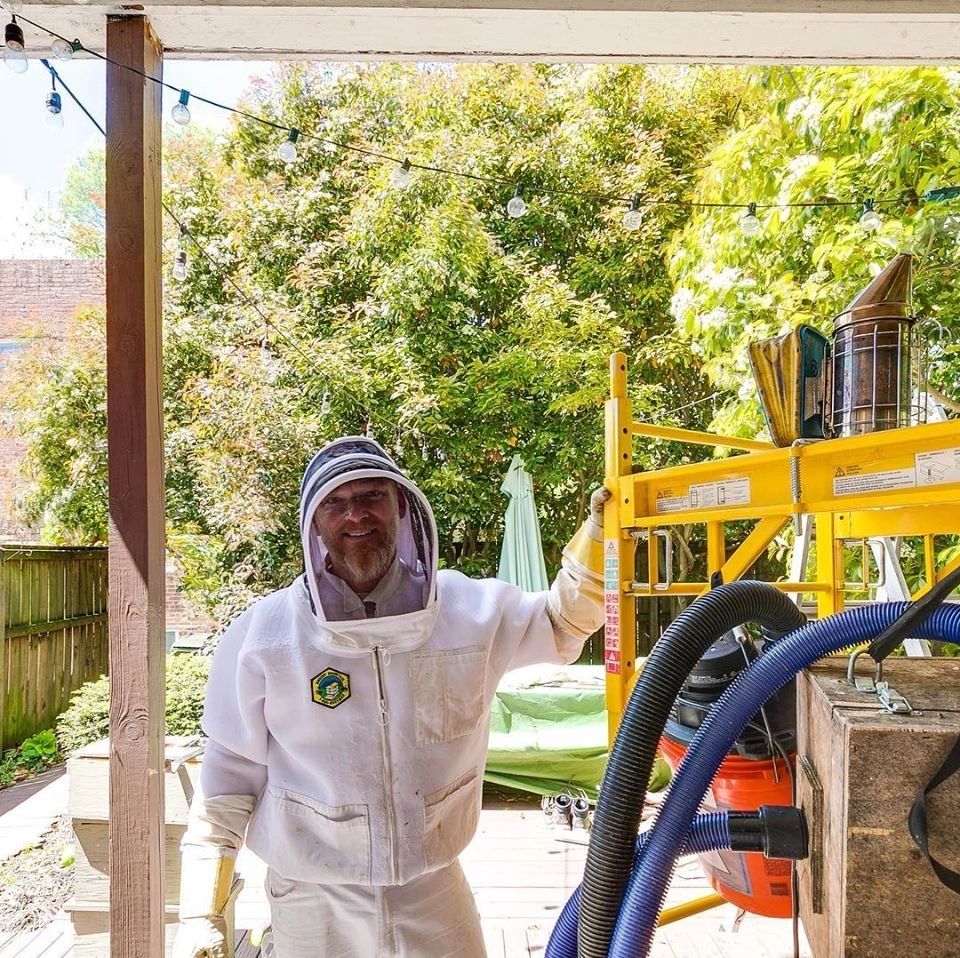 In 20 years of beekeeping, no pesticides or chemicals are used in the management of the hive.  We have honey, and honeycomb available, usually between July 4 and Christmas.  Pollination is available depending on how you manage your crops (we prefer to organically managed produce).

15 years of removing hives in some of the nicest homes in Richmond. Residential, Commercial, and Historic homes.  Licensed and Insured.

Bespoke Observation hives of a unique design with over 10 years of design revision.  Consultation and Training also available.

Drop us a line!

Phone consultations are free, but there is a $75 trip charge to come out and make an assessment.

Well, they’re a bunch of mixed, wild bees!  Mutts are usually the healthiest dogs. Dogs can be bred for characteristics - hunting, herding, or any of a number of different categories just for appearance.  Some are bred so they’re hypoallergenic, or they shed less. Well, did you know bees are the same way?

Bees have been bred for certain characteristics for hundreds of years. The main characteristics that were the focus for a long time were how defensive they were (would they sting you just for looking at them) and how much honey they made. Over time, things like how much propolis they would gather would try to be weeded out because it would make a hive stick together like it was glued together with taffy.

Unfortunately, 2 pests were introduced in America that change beekeeping forever. A parasitic mite called the Varroa mite, and a beetle called the small hive beetle. As a result, very gentle, Italian bees that make a lot of honey just don’t seem to do that well in protecting themselves from these pests. A lot of the natural defenses have been bred out of their behavior.

Mongrel Bees are bees that have been captured in the wild, and then rehomed in traditional Langstroth boxes. They sometimes create a lot of propolis, or can be a little more aggressive than an Italian, but they also tend to survive much better with less interference from the beekeeper.